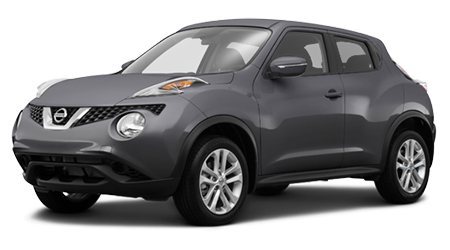 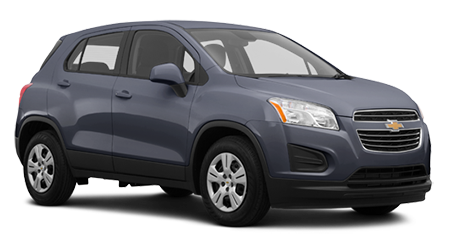 By combining a fun to drive hatchback, with the practicality of a crossover, Nissan created the 2015 Juke. Take one for a test drive today at Benton Nissan of Hoover, AL and see why people love this little pug of an SUV so much.

Chevy’s Trax of 2015 is all new, but it just isn’t quite as well developed as the Juke which Nissan has had a chance to polish and refine.

These 2 crossovers are not all the difference in size, but the Juke comes with a whole lot more power as a standard feature. The base motor in the Juke is a turbo 1.6-liter 4-cylinder with 188hp, compared to the Trax turbo 1.4-liter I4 with only 138hp. That extra power helps the Juke get from 0-60 nearly 3 seconds faster than the Trax.

With similar starting prices, you would expect these 2 to have similar standard equipment, but the Juke has several features you don’t get on the Trax. Here’s some of what you get on the Nissan but not the Chevy:

The 2015 Nissan Juke may look a little funny, but just take one for a quick test drive and you’ll know what about the Juke makes its owners smile. If you live in the Birmingham, AL area and want to see what all the fuss is about come over to Benton Nissan of Hoover and take one for a spin.